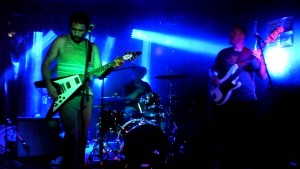 The Apache sound is a mix of original old school, southern, and roots rock, and other genres, blended into one dynamic sound. Sam Fochtman (guitar/vocals), Josh Lynch (bass/vocals), and Chance Taylor (drums) entered the scene as “Sam Fochtman & Tobacco Apache” with their first gig at Mike Aid II in June of 2010. From that point on, the fellas made sure to bring the heat to every show!

In March of 2011 the band took to the studio to lay down tracks for their first EP. John Miller at Tone Room Studios was the mastermind behind the project, and he helped to give the band some new musical areas to explore. The self titled “Sam Fochtman & Tobacco Apache” CD was released on May 22, 2011. The next month, Martin’s Bar & Grill in downtown Roanoke, VA, hosted the band’s album release party. The Riverbank Ramblers joined in on the night’s fun and both bands played to a packed house. The boys finished off 2011 on a high note, preparing for more shows and their first full length album, which would be released the following year. 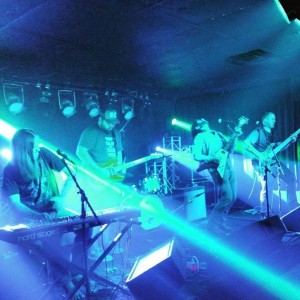 That next year started off with a bang, with the band reaching new heights by placing second (of 20 bands) in one of the biggest Battle of the Bands that Roanoke had ever hosted. The boys also shortened the name of the band, to simply “Tobacco Apache” (it’s easier on the tongue!). In May of 2012 the band encountered a devastating tragedy. Lifelong friend, brother, founding member, and drummer; Chance Taylor, was killed in a car accident. The tragedy, which also claimed the life of Chance’s dad Randy, left the community and the music scene in total shock. Sam and Josh decided to play RoosterWalk 4 as a tribute show to Chance. With the help of some great musicians, including Mason Jennelle on drums, the boys performed and brought everything they had to the stage that night. Unsure of the next move following that performance, the band decided that a break was the best thing they could do to honor Chance, as they decided on a path for the future.

In June of 2012, all of the bands that Chance had played in decided to hold a memorial/benefit show in honor of their fallen brother. Ryan Greer, The Baker Bros., Drown the Messenger, and The Aurora Observatory joined forces with Tobacco Apache at Martin’s for a night of music, fellowship and celebrating the life of Chance. The show will forever etched in the minds of the audience members as each band played and sang like never before. As time went on and healing took place the band decided to push on, pick up the pieces, and continue playing. They knew that was something that Chance would have wanted them to do.

On July 4, 2012 Mason Jennelle (of Electric Chameleon) joined the band as a full-time member. Mason was a natural fit who plays with the same passion and excitement as the rest of the crew. With the drum seat filled and the addition of Paul Tressel on Keys, Tobacco Apache had finally solidified itself as upcoming act to see. 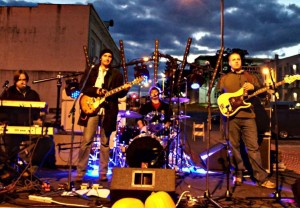 Tobacco Apache has shared the stage with The Dirty Guv’nahs, Dangermuffin, Sister Sparrow & The Dirty Birds, Cabinet, Folk Soul Revival, Mountain Heart, Adam Ezra Group, The Mumbles, Ten Toes Up and many others. The band has a new album entitled “Inside Job,” that is set for release in July of 2013 as well as a bunch of other numerous shows and festivals dates to round out the year.

Be on the lookout for Tobacco Apache in a town near you, and go check out their show – it’s sure to be a wild and crazy musical trip!