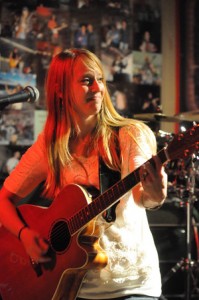 New Jersey native, Katie Pearlman, began playing drums at age 10, and it wasn’t long before she was playing in a band and recording on her first album. At 16, Katie moved into an apartment with her Mom and that’s when her focus moved to guitar and songwriting, since drumming was not the most neighborly thing to do.

At age 18, Katie enrolled at William Paterson University and was required to play percussion in the orchestra for two semesters. She then began to explore hand drumming and percussion. This venture led to a turning point in Katie’s life. She was actively recruited by a band not far from her home in northern New Jersey called Vibe Theory which became a stepping stone to the band that followed, One-Eyed Jack. It was in this band, that Katie was introduced to improvisational music or jam band music. It was during this time that she started to sing in a live performance setting as a background vocalist and occasionally singing lead on a song or two. This can be heard on the One-Eyed Jack album, “Sunlight Blue Madness”. During her three years with the band, she played with rock legends Mickey Hart (Grateful Dead), Merl Saunders, Buddy Cage, and more. 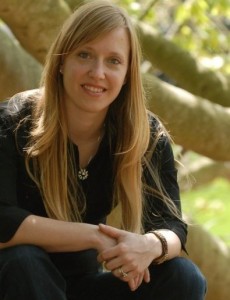 In 2004, Katie returned to playing drum kit and started singing more. Her first recorded lead vocal is on the Moodras album, “Had No Choice”. In 2006, she started focusing on songwriting again and in 2008, after a seasoned career as a sidewoman, Katie released her first solo album, Dreaming Again. The album received rave reviews from industry professionals all over the U.S. and aired on radio stations internationally, scoring in the top ten in the CMJ charts.

Since then, Katie released her second album, “We Make This”, and took her music on the road, performing over 85 shows a year across the US – from New York City to the mountains of Park City, UT. Everyone responded that her sophomore release was a step up in her songwriting and if you ask Katie, that’s exactly what she aimed to do. 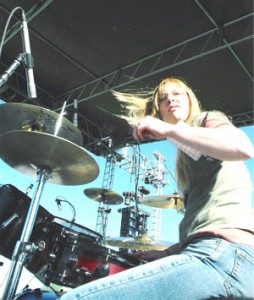 In January 2012, Katie released her third solo album, Girls Like Us, and is currently touring in support of that album.

Katie enjoys collaborating with other singer/songwriters and musicians. She has recorded drums, vocals, and guitar with many singer/songwriters in the Northeast area. Katie also teaches private drum lessons on Long Island and drums for dance classes at Adelphi University. 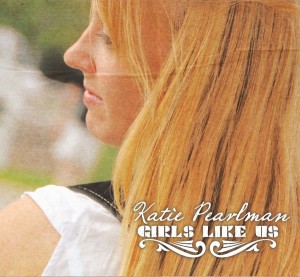