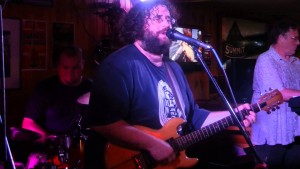 About:
Americana and roots inspired rock music from the Red River Valley

Biography:
Moorhead, Minnesota native Pat Lenertz is a veteran of the Fargo/Moorhead scene with 15 years experience playing, singing and fronting several bands including: Heavy is the Head, The Quarterly, The Legionnaires and Bad Mojo. Whether it’s onstage at The Hub belting out Bob Marley covers backed by a 9 piece reggae tribute act, or strapping on an acoustic and kicking off the HPR Best Bets winning open mic night at the Sidestreet Bar and Grille, Pat is perfectly comfortable commanding the attention of any room, big or small. His triple threat talents of guitarist, singer, and songwriter have not gone unnoticed by local media either. 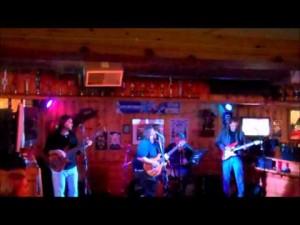 Diane Miller of the HPR in a December 2011 feature titled “A Strong Voice in Music” writes: “Pat Lenertz has remained a leading figure in this continuous growing music community of ours. One of the reasons could be his all-powerful voice, another could be his great ear, another could be his instrumental skills, another could be his talent for songwriting, and yet another could be that Pat is a super down-to-earth, modest team player.” Also John Lamb of the Fargo Forum in an April 2014 article wrote, “He soaks up music like oxygen. It all comes back out in one way or the other, but it’s always Pat.”

2012 saw the debut of a landmark in what has become an already storied career when the Pat Lenertz Band was formed with a group of seasoned veterans to the local scene.

Drawing on his love for Americana and roots musicians like Willie Nelson, Wilson Pickett, Bill Withers, John Prine and Bob Dylan, Pat set out to find the perfect band of brothers to help tell his musical stories and everything just fell into place. Joining the rock solid rhythm section of Trevor Pearson and Travis Atwood (both formerly of Carmen the Cactus) is co-lead guitarist Casey Conners (C.O.D) and Mike Jenkins (Deb Jenkins Band) to bring energy and life to a wealth of originals and covers. 2014 shaped up to be a great year for the Pat Lenertz Band with the debut album, “Love, Loss, and Regret” released in April and festival bookings in the works, this band is ready to hit the ground running and get folks dancing and smiling.