The proof that melodic hard rock and melodic rock are still alive in a modern and fresh way, is actual album of German fellows, band Magical Heart. This is their second effort, first album they have released in 2018, entitled “Another Wonderland”. 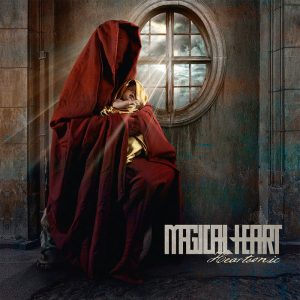 The group firstly announced materials from actual release with singles, and during the October of previous year, “Heartsonic” with 11 tracks in is here and there, ready for promotion  and concerts activities.
Magical Heart approach their songs with great passion and energy, where the perfect timing of the performance of the material, as well as the musicianship of the actors, contribute to the ultimate quality of the offered music, present on the album. The songs posses unique quality, and I would add also that members from band have shown surprising diversity and conceptual creativity, if we talk about the genre form, that is present here and there. Production is also modern, and it should be emphasized that all other technical details work perfectly.
With the current release, Magical Heart confirmed their persuasiveness as a band, that knows very well what it wants, and what it’s worth.