Tand are hailing from Boca Raton, FL, and they are jam rock band, who in its own unique way distribute a lot of energy, passion, and excellent interpretation to the audience. They posses a numerous of albums and life performances, and many concerts are behind them. 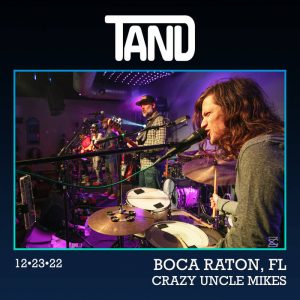 Their fresh gig was held on 22/12/23 at home, and the songs of legendary The Band found their way into  repertoire. Yes, the group has played some other well-known tunes , as a “Helpless” of Neil Young, also some Dylan songs, but as we know, part of Dylan’s career was associated with the career of The Band. 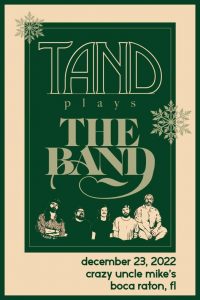 Tand have excellent instrumentalists in their line-up, and the mood of the acts and the audience at the concert was at a high level.
23 tracks for enjoyment and a good mood, with a playing and coordinated band, what more could you want before the end of this gloomy year.