Greek artist who called himself Voodoo Drummer , with  his colleagues has recorded a well-known Pink Floyd’s classic from the first period of career of British group – “Set The Controls For The Heart Of The Sun”. This is song, written by Roger Waters. 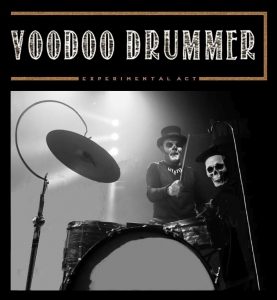 Greek drummer has also written that :

“It’s an experimental, instrumental version of “Set The Controls For The Heart Of The Sun” (by Roger Waters), where Tubular Bells, Cello and Musical Saw prevail!”

The melody mixes with the theme of John Coltrane’s “A Love Supreme” while the Greek traditional tune “Milo mou kokkino” closes the recording.
This is pretty interesting and unusual version where Voodoo Drummer explore a new sound pictures with  colleagues :

feat.  Adrian Stout (of The Tiger Lillies) on Musical Saw.