In last few years we have an opportunity to witness about many musical changes/challenges, under the national folk music sky and tradition. Specially if we have chance to listen an album of   one A-Capella group, whose interesting spheres touches modern and traditional/ancient themes, and whose vocals exposures of band members investigate many newer tendencies. 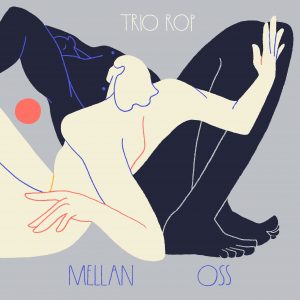 Trio Rop consists of vocalists :  Elin Buxfeldt,  Petrix Hessel and  Sofia Kallman. Their method of vocalization is innovative, fresh, very difficult for anyone else to copy, and group seeks to make visible the stories they themselves miss in the Swedish folk tradition. The tales of the outsiders, of queer love and the power of friendship. 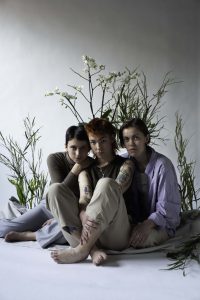 “Mellan Oss” , their debut, is an album with 12 tracks in, and in songs realization, the trio is joined by 6 other voices.
“Mellan Oss” is also pretty educative release, with numerous unexpected details and surprising vocal solutions.