Blueminded are Dutch act, and brainchild of guitarist/composer Jorgen Koenen. “Break The Silence” is their third release, album with 12 tracks in, all of them  are written by Mr. Koenen. 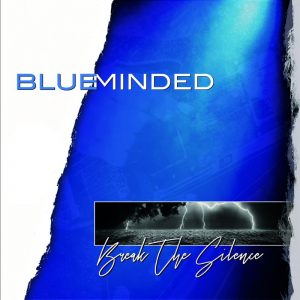 Listening the complete materials and all of the presented songs, we can here one mature band of professional musicians, who personally knows how to reproduce authors  ideas. And this is album with  modern production,  whose influences rich  to 80’s/90/’s period, where rock and alter rock traces immerse in pop field. I would also add that moderate keyboard sound also defines the effects of electronic approach. Rob Rompen is lead singer, and his method of vocalization knows to remind on Bono Vox singing style. That’s another element which compares the group’s approach to the 80’s and 90’s period. But all of my words posses critical aspect, and I would also add that in the other hand, we can also a chance to hear one musically uniform album, where all the other playing and technical details, are done convincingly and professionally. An opening song “Walk The Line” posses radio friendly using, but also many others are pretty listenable too.
“Break The Silence” are serious release, and specially recommendable for the followers of the 80’s and 90’s tendencies.