John Calvin Abney is Austin, Texas based singer-songwriter, whose career is active continuously several years. “Familiar Ground” is his 5th release, but in the meantime, actual album “Tourist” is ready to capture heart and soul of potential listeners. Mentioned album should be ready for worldwide promotion during the August , this 2022 year. 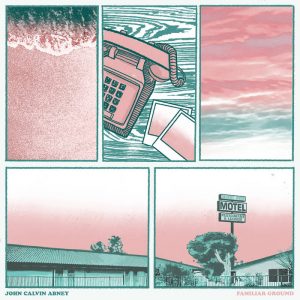 “Familiar Ground”,with 9 tracks in, he has released and recorded with his long-time friend and important person John Moreland. John and John together was response for production, and many other technical things.String arrangements has done by John Calvin Abney. All of the songs posses a calming atmosphere, and practically all of them are played at a medium, calmer tempo. Abney has explained, ” that  he have found that the softer, more contemplative compositions speak more to him as a person, than earlier records, he have  made with bombastic arrangements.” 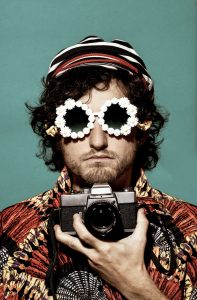 “Familiar Ground” as a album communicate with roots music/Americana/folk/indie folk, in some places we can discover also folk rock traces, but one clear line has been presented here and there from first to last tact.
Mr.Abney as a author has offered mostly pleasure atmosphere and listenable songs, without presence of so call euphoric clues, but that was his choice and wish, in final.