Mr. Eric Devries is an artist with respectable career, and one of the most valuable and important  musician outside USA, if we speak about Americana as a genre. He was a part of legendary Matthews Southern Comfort band, and he has played on their last two albums: “Like A Radio” (2018) and “The New Mine” (2020).  He has also released five albums with Dutch all-star Americana act Hidden Agenda Deluxe. “Song & Dance Man” is his fourth solo offering and release. 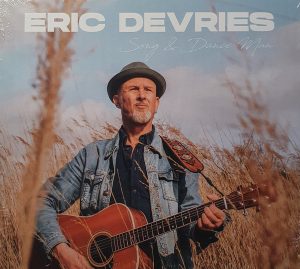 This is an album with 12 tracks in, done in Americana, alt.country, folk, bluegrass vein. Many old-fashioned parts has been reproduced by Eric and his colleagues – Janos Koolen multi-instrumentalist and bassist Lucas Beukers. Janos Koolen was also a producer of the album. This is mostly acoustic album, with many generous and so call gently parts, added with some melancholy tunes, but with evident performing and creative knowledge, which Mr. Devries distributes practically all the time. 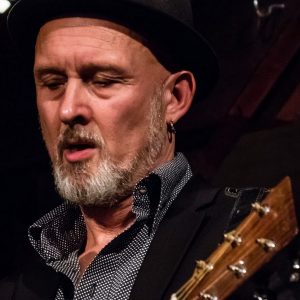 Eric lyrically communicate with several themes on bittersweet way, but all the time listening to the album material, we can hear and feel a big experience of this author and songwriter. There’s no doubt, that “Song & Dance Man” is an important release for Mr. Devries, and huge further step in forthcoming career.