One of the albums whose qualities has occupied attitudes of many critical oriented journalists and music analyzers is “Innocence And Illusion”, debut release of Amanda Lehmann. In progressive music world she is known as a part of Steve Hackett team, on records and alive, but it is also important, that she was a leader of her own band during the periods of the 80’s and the 90’s. She has also previously released a solo EP “Shadow” in 2010, and a duo album “Wazzoon” in 1994 ( remastered 2021 ), available digitally. 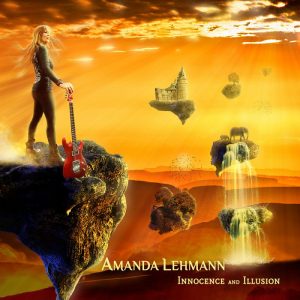 “Innocence And Illusion” , an album with 9 tracks in, she has recorded with respectable team of musicians as Nick Magnus, Roger King, Steve Hackett, Rob Townsend, Paul Johnson. All the songs from the album have been produced by Amanda herself, together with Nick Magnus and Roger King. 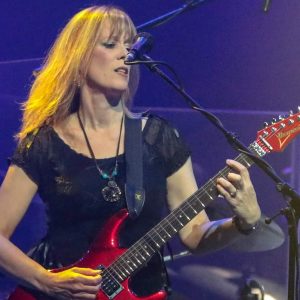 “Innocence And Illusion” brings a pleasant atmosphere, where we can find more  songs with progressive/medieval mood, but with strong arrangements creations with nice Amanda vocalization, and certain performing passages as well. In some moments, comes to mind, that part of the atmosphere in some songs/melodies knows to associate on 70’s progressive movements, but as an author, Amanda has showed quite enough modern views and final results. The whole atmosphere from the album is something special and different, not comparative with many others, also newer albums with progressive prefix. This is a nice debut album, recommendable not only for the fans of mentioned genre.