Out of Italy comes Claudio Scolari Project, lead by key person Mr. Claudio Scolari response for drumming and synth programming. On 25th of March, this 2021. a group has released their 5th album, entitled “Cosmology”, available on CD and various digital platforms. 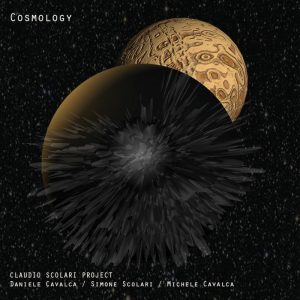 Mr.Scolari and his mates from band/team are well-experienced musicians, and they have released an album – the soundtrack of an imaginary journey into space, where acoustic and electronic sounds blend together in an endless dialogue. Mentioned explanation, done by the words of Mr. Scolari gives a realistic picture what the potential listener can expect  with the music presented through album “Cosmology”.
With 13 instrumental tracks from the  album, we can imagine musical journey through past, present and possible future, when the period of the 70’s, blowing hand by hand, with next decades through one music direction. Elements of free jazz, electronic  tendencies, ambiental passages, and constant improvisations, are key variants of central message, which Claudio Scolari Project has offered here and there. 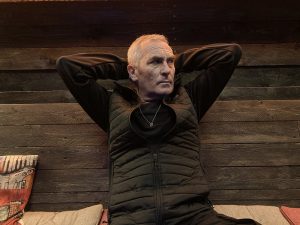 Many valuable moments we can find in  instrumental themes from “Cosmology”, where sophisticated performing stylish methods of band members, help to  all the things comes to right place. This is also a successful journey through various stylish variants, as same as through various music decades.
“Cosmology” is more than interesting album, also  done with serious musicianship, released by complete staff /band members.