EMMA SWIFT – “Blonde On The Tracks”

Emma Swift is a singer/artist/songwriter, born in Australia, but she lives in Nashville ,TN, with British musician Robyn Hitchcock. 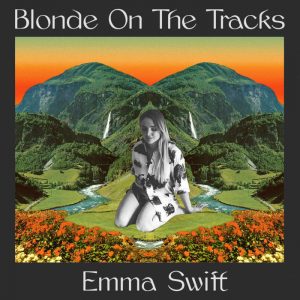 During the August of previous 2020, she has released an album with Bob Dylan’s songs, entitled “Blonde On The Tracks”. She has introduced her vision and view of Dylan’s legacy, and she worked on album nearly 3 years.
She also explained, that she worked on presented materials after and during the period of personal depression.
First thing, what we can conclude after hearing the songs from the album, is that Emma has given mostly different versions of songs, different from original  signatures. A specific and unique atmosphere is dominant factor, where some vibrant details, as same as a sort of little psychedelic moments, floating through the each part of the album. I would mention Emma’s  brilliant versions of a Dylan newer title “I Contain Multitudes”, also nice arrangement and interpretation of songs  “Simple Twist Of Fate” and “You’re A Big Girl Now”. 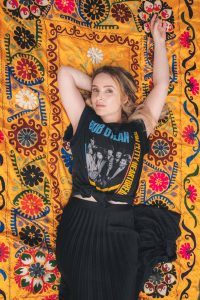 “Blonde On The Tracks”, with 8 songs in, defines that Emma’s approach of Dylan’s legacy, could be fresh, also modern and unique too. This is an album recommendable not only for the Dylan’s followers.