The Furious Seasons are trio from Los Angeles, CA, whose members are active more than three decades. Brothers Jeff and David Steinhart are leaders, and third member is a guitarist Paul Nelson.
Mentioned musicians are well experienced artists, with a career behind, and performing status which contains collaboration with many musicians/groups. Brothers Steinhart also have started in 1984. with the bands Pop Art, and later Smart Brown Handbag. 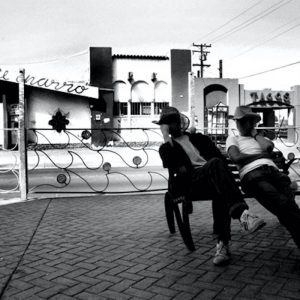 “La Fonda” is their third product, and it’s also important to say, that on the songs from the album also  have been participated: Aubrey Richmond-violin, Edoardo Tancredi – drums, percussion, and Arlan Oscar – accordion.
“La Fonda” is an album with 10 tracks in, done in folk/Americana mood, with clear melancholic atmosphere, and songs are done in mostly mid, rarely mid-up tempo. General atmosphere knows to remind us on the music and the albums, released in glory days of folk as a genre , period of 60’s and 70’s years of previous century. 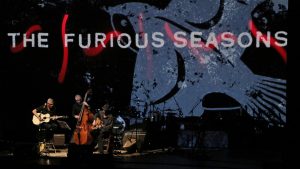 Songs from the album are pretty emotive, eclectic, sensitive, and in the same time are clearly defined and performed. We can not find any specific leading song on album, but a trio has offered equalizing material, with technically respectable standardization. “La Fonda” is also listenable album, with many vivid songs and melodies.