KAI STRAUSS – “In My Prime”

Guitarist and songwriter Kai Strauss isn’t unknown artist, if we speak about blues tendencies nowadays. During the previous period, with actual one, he has released  6th albums, and he established himself to the worldwide audience during the 90’s era. 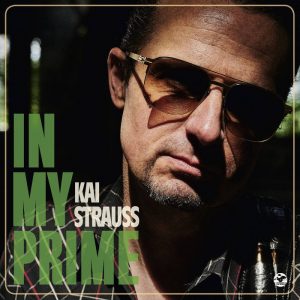 There’s no doubt that worldwide critics loves his precious style, and his works in general, so the situation could be the same also with his newer product, entitled “In My Prime” ,released for Dutch “Continental Record Services”, where we can find 11 tracks in, done in the mood of contemporary blues, also with additional of many other blues variations and forms – from Chicago, less Texas  style, but with strong taste of 60’s and 70’s legacies as well. Melodic guitar lines,  with general melodic traces in each of presented songs, with technical supremacy of other musicians, also with existence  of modern production, that’s all the facts, what we can find and hear on Mr. Strauss actual release.