Western Electric Sound System are newer band on worldwide indie sky, but the members from the band are musicians with respectable previous experience. Rob and Duncan Forester were founding members of the 90’s band – The Picture. Mentioned group has released 2 albums and toured in the USA and Europe. 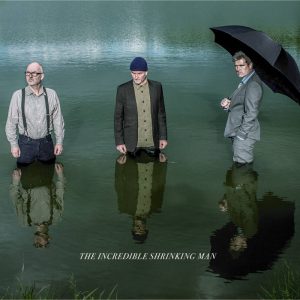 Third member, Stephen Whitfield has played piano in numerous of bands, and also is a person with discography behind him.
“The Incredible Shrinking Man”, album with 8 tracks in, is an unusual release with crossing genres variations, narrative songs, insightful speeches. One mixture of soundscapes and atmospheric variations, dominates through presented songs, done in mid, rarely mid-up tempo. WESS also combines elements of art rock, alter rock, folk and progressive tendencies, and most of the songs also posses something taken from the previous era, as periods of the 70’s and 80’s as well. Complete presented songs deserve analytic listenable concentration, and their material isn’t easily acceptable for the average music follower. 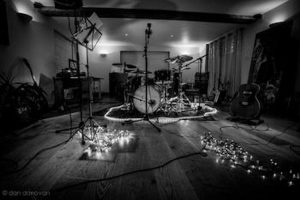 Judging by production work, I have an impression, that the group has sounded similar to the acts whose ideas comes out from the 80’s and 90’s period, than to nowadays standards. But, it’s also evident that group’s actual album, isn’t a sort of so call retro release. So, in final, I would like to add that “The Incredible Shrinking Man” , is an interesting album, with many unusual places, done more for the serious freaks, than to average listeners.