USA guitar virtuoso Pat Reilly has released his debut album “Path To Transcendence”, during the January, this 2020 year. 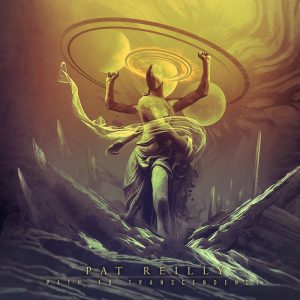 He is a guitarist with respectable experience and knowledge, with longer status as a session/studio musician who also worked with several groups/artists on stages.
“Path To Transcendence” is his solo signature, album with 9 tracks in, 6 instrumentals and 3 with guests vocalists. Even that, as a guitarist his works has taken influences from well-known worldwide metal guitar heroes, on his album Pat has showed that he knows how to create original tones, sound, under the instrumental metal and progressive metal tendencies as a genres forms. On some places, his strong guitar passages are covered by melodic phrases, where often rhythm changes and interesting arrangements deliver specific atmosphere and mood. There’s no doubt that he has putted all of his evident experience in themes and songs from the album, and at the same time he has proved that he very-well accepts the standards of our time.
“Path To Transcendence” brings something new under the mentioned style, and Mr. Reilly could be quite satisfied with his work.