Annie Keating and her bandmates recorded the new ”Make Believing” album at Atomic Sound, a beautiful studio housed in a Fire House in Red Hook Brooklyn. The majority of the album was recorded live in one weekend with the band (Trina Hamlin on harmonica, vocals and percussion, Chris Tarrow on guitars and steel, Chris Benelli on drums and Jason Mercer on bass and the occasional banjo lick). The tracks were laid down in 3 days, with minimal overdubbing to follow in another short session with the Abrams Brothers (adding some tasty mandolin, fiddle and acoustic guitar parts to round things out) and Matt Keating (with a few brilliant touches of organ and piano in just the right spots). The album was co-produced by Keating and Jason Mercer (her long time collaborator, producer and bass player). Mercer, a Canadian musician who also tours with Ron Sexsmith, was a member of the alternative rock band the Bourbon Tabernacle Choir in the 80’s and 90’s and then toured and recorded for years with Ani DiFranco. 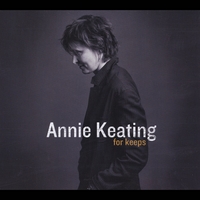 On this album, Keating and Mercer wanted to create a warm and wide, cohesive acoustic sound. The songs (beginning with the feel good ”Coney Island” track) are beautifully crafted and firmly rooted in the tradition of great Americana songwriting. This album sees a growth in Keating’s guitar playing (she’s worked hard to hone in on fingerpicking techniques that pay offin her songwriting and overall sound) and in her songwriting.

On this new release, she goes beyond the themes of longing and heartache (which she has hauntingly explored in past records) and into a deeper place – where hope and despair, doubting and dreaming, loving and leaving all meet. It is here where Keating’s songwriting truly shines.

On new songs like ”Coney Island”,” Sunny Dirt Road”, ”I Want To Believe”, ”Foxes”, ”One Good Morning” and ”Know How To Fall”, Keating writes and sings like a woman who knows deep down that heartache is the price of hope, and she can make us believe – in that way that only the best artistscan – that all of it is worth the cost.