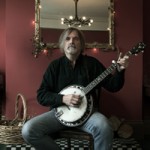 “The Trick Is To Breathe” is Sid Griffin’s 1st solo album in a decade. Recorded in Nashville, TN, at the home studio of Thomm Jutz in February 2014, it was a joyous, easy and (almost) carefree session, the entire album completed in four days.

“Before Christmas I had sent some Nashville friends acoustic demos of my songs and of my new arrangement of a version of The Youngbloods’ great ‘Get Together’. These men and women had learned the songs off my demos and most of the songs we recorded were second takes… in fact these players are so accomplished I don’t think any track was recorded in more than four takes”, recalls Griffin. 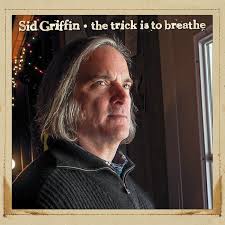 fter recording in the UK for most of the past two decades Sid decided to do everything differently from his last solo album, “As Certain As Sunrise”. “I recorded in the USA instead of Europe, I did not engineer, co-produce, or mix the album, on a few tracks I only sang, I put myself entirely in the hands of others, I did not use any of the Coal Porters’ vast musical talents, I primarily used musicians I had not met before the sessions and I enjoyed myself thoroughly. Without question it was time for a change, time to shake things up”. 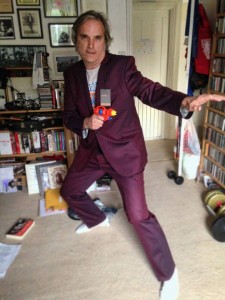 s promoters and venues were frequently contacting Griffin about solo shows it was obviously time for new ‘Sid Solo Music’. Yet the multi-tasking Griffin, a musician first, a writer second, a broadcaster third and… oh yes, a family man on top of all that, didn’t have much time to spare to record. “You can spend weeks doing an album. Both my previous solo albums were done piecemeal, that is recorded in bits here and then bits there over weeks. I needed to get an album done quickly”
“Billy Bragg told me his last album was recorded by Joe Henry in just a few days out in Pasadena, CA, and I remembered Dylan did ‘Nashville Skyline’ in only a few days. So I contacted some Nashville cats I knew, they recommended Thomm Jutz as a producer, he and I hit it off, Thomm picked most of the players and by the time I flew to Tennessee these folks knew my songs better than I did. Hence we started on Monday and were done by Thursday!”.

Sid did play mandolin on two tracks, guitar on about six more, but the core of the band was Mark Fain from Ricky Skagg’s Kentucky Thunder outfit on bass, the great virtuoso Sierra Hull on mandolin, Paul Griffiths on drums, Thomm Jutz on guitar, Justin Moses on banjo, fiddle and dobro, and gospel legend James T Brown on backing vocals. Other than Thomm Jutz and Paul Griffiths none had met Sid before the sessions began. 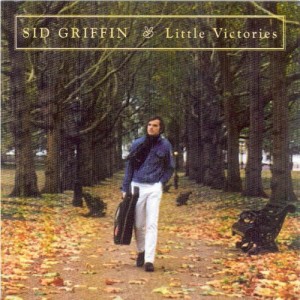 “The Trick Is To Breathe” announces Sid Griffin is back on the world stage as a solo artist, globe-trotting troubadour and singer-songwriter. “It’s a great record, it really is, my best songs ever and you can play them with a group behind you as I did in Nashville or they can be performed by me solo. I am in a good space as the saying goes and ‘The Trick Is To Breathe’ is going to help keep me there. Yes, I am an American who lives in Europe, but my heart resides south of the Mason-DIxon and it shows on this album. I can’t wait to tread the boards again and play these songs for the people”.