GERRY GRIFFIN – “The Passage Of Time” 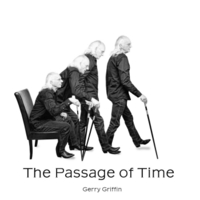 Singer/songwriter, multi-instrumentalist and producer Gerry Griffin is a uncertain artist and human being. “The Passage Of Time” is his 3rd album, where we can find 10 untypical songs here and there. He penned his tunes in different time periods, and we can find a several interesting spheres, as same as so call genres, in his authors views. He speaks about love and loss, relationships, separations, and of course loneliness. He is poetic in own way, and musically present materials ranges from Indie folk/Americana to alter rock tendencies as well. Some of his songs posses a part of Tom Waits known atmospheres, but generally Mr. Griffin has offered mainly an original visions and views…
Rating : 8, 5 / 10