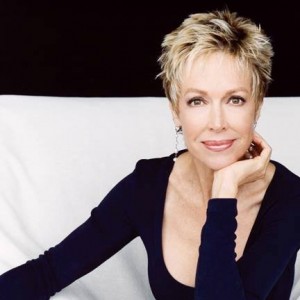 AN DALEY is a true triple-threat with credentials as a singer, actress, and songwriter!

Best known for her tribute to Bob Hope in a show & CD she conceived entitled “WHERE THERE’S HOPE.” Daley developed her tribute to the beloved funny man after she was asked by the Hope family to sing “Thanks For The Memory” at Hope’s funeral service. Always thought of mainly as one of the most important comedians in history, Hope was a charming song and dance man who debuted many of the Great American Songbook’s most beloved tunes, including I Can’t Get Started, It’s De-Lovely, I Won’t Dance, & Two Sleepy People, included in Miss Daley’s stage show and CD of the same name.
In 2017, Jan will be debuting a new live show, “Broadway Lights Up The Silver Screen” – An Evening Of Broadway Songs You Love – From Films We Cherish”  She has chosen songs from our favorite Broadway musicals like: Sound of Music, Chicago, Mame, My Fair Lady, Lion King, Aladdin, King & I and so many more. She also pays homage & personal stories of the singers who have crossed her path, and made this music so Popular.

Her international career started as Miss California which led to starring roles in the stage plays Oklahoma, Anything Goes, Taming of the Shrew, Two by Two, and Carousel. 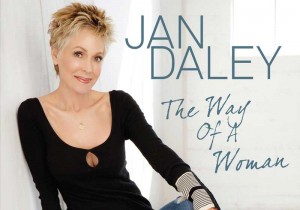 She broke into television at an early age and has appeared on The Tonight Show, The Merv Griffin Show, The Dean Martin Show, The David Frost Show, BBC’s Morcumb and Wise, England’s “Roy Castle Show,” and various variety shows and specials. She has toured the world and opened for comedians such as Don Rickles, David Brenner and Rodney Dangerfield. Her most treasured highlight in her career was singing to 40,000 GIs in Vietnam and around the world as the singing star of The Bob Hope Christmas Tour.

Jan has recorded five albums, including the tribute to Bob Hope, “Where There’s Hope,” and the Academy Award nominated “Till Love Touches Your Life.” In 2013, she released her first Christmas CD, “There’s Nothing Like Christmas” to rave reviews. 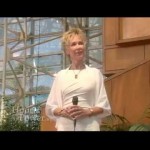 Over the past years she has become a prolific and versatile composer writing music from Country and Pop to Rhythm & Blues. She has a song in the film “The Ride,” and you can even exercise to some of Jan’s songs on the Kathy Smiths walking tapes.

Jan has also starred in a new musical “Showgirl on 52nd Street” at the Thousand Oaks Performing Arts Center, and in the West Coast Premiere of ‘Funny, You Don’t Look Like a Grandmother” at the Santa Monica Playhouse. She also starred in the “The Follies” in Branson MO, and appeared with Peter Marshall & Mimi Hines in “And Then She Wrote.”