HIDDEN SOULS – “All That We Destroy”

Argentinian act Hidden Souls aren’t a newcomers in the actual worldwide scene, if we speak about electronic tendencies, specifically about synthpop and darkwave, the genre’s territory, through which the group traces its ideas. During the 2018, the group released their debut album “The Incorruptible Dream”, and in November 2022, actual, second one “All That We Destroy”. 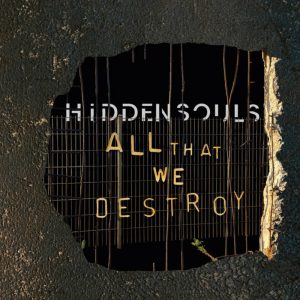 Argentinians in their own way describe the dark events that have surrounded us in recent years, where a realistic confrontation with the general situation initiates in the textual sense, the topics they deal with. More or less, all of 11 tracks from the album posses similar psychology and treatment.
But musically, many retro elements are present in their way of playing. Yes, the production of songs is modern, but the influences of late 70’s and early 80’s synthpop and darkwave tendencies, are more than evident. I would add that the sound of Hidden Souls is very “infected” by the early albums of Depeche Mode. 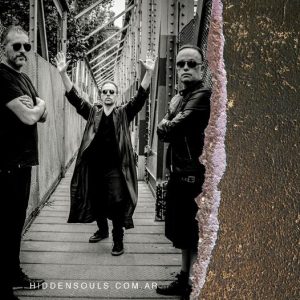 We can find also some other , specially British post new wave groups as role models for Argentinians, but there’s no doubt that this band approaches the music behind it quite emotionally, with the addition of a different energetic attitude. All the technical details and moments were done professionally, with the standardization of the present time.