Actual information comes out from “The Players Club” and “Mascot Label Group”: 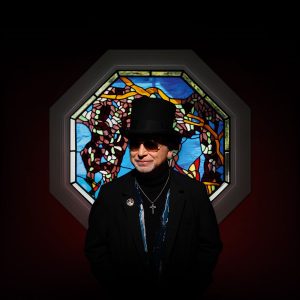 David Paich and The Players Club / Mascot Label Group have presented the second reveal in front of the release of his debut solo album titled FORGOTTEN TOYS on August 19. To hear “Queen Charade”: https://youtu.be/_yUoW8Ar4jY . Harmonica kicks up dust over the rollicking guitar-driven groove of the recording, which nods to the opera Queen of Spades and explores the exploits of a femme fatale who has many faces and can manipulate men with her playing card prowess.  David Paich shares, “This song, about an obsessed gambler and a cunning Duchess, was inspired after I worked on Keith Richard’s solo record.”  Prior, the lead song was “Spirit Of The Moonrise,” which can be previewed here: https://youtu.be/yE6ObiOwqgA.  At the time of release, Paich shared, “This is a recurring dream about a distraught girl, riding neath the moonlight.  It has perplexed me over many a night…”. 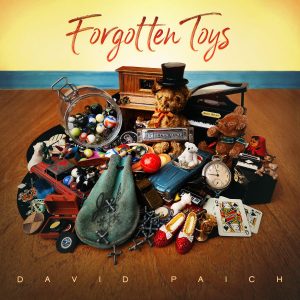 As a six-time Grammy® Award Winner, Paich has contributed to over 2,000 albums, shaping the sound of popular music as a songwriter, performer, producer, arranger, vocalist and primary composer of the seminal band TOTO. With TOTO, Paich has released 17 albums, sold over 40 million records and garnered over 3 billion streams worldwide. Paich wrote or co-wrote TOTO’s biggest hits, “Hold the Line”, “Rosanna” and “Africa”.

For as much as it may be a “solo” album, Paich couldn’t help but invite a few friends to play. Joined by Joseph Williams as co-producer and sometimes co-vocalist, he welcomed everyone from Toto’s Steve Lukather to Brian Eno, Michael McDonald, Ray Parker Jr., Don Felder, and Steve Jordan of The Rolling Stones. The album cover artwork provides a poetically nostalgic representation of the concept. It features a variety of memories Paich’s wife has held onto over the years. “I hope this will give everyone a glimpse into another side of me, one they’ve never heard in a musical context.” Music is the soundtrack of our life. For David, music is much more than the soundtrack of his life. As one of its architects, it is his life.