AMERICAN JETSET have announced the release of their third album “Cat’s Got Your Tongue” on May 7th, 2022 via Big Curve Music. AMERICAN JETSET to appear for record release celebration and fan meet & greets at M3 Rock Festival in Columbia, MD. 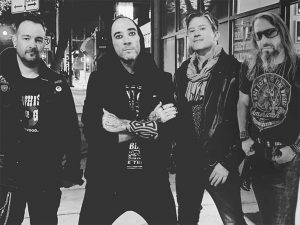 Ian Kaine MacGregor (Lead Vox/Gtr) says “This record is an absolute killer. We finally get to showcase influences that just weren’t possible before – Ratt, Dokken, and White Lion, to name a few. This record is everything this band was meant to be.”

The Jetset boys are direct descendants of those sleeping giants, and their anthemic hooks and animated live show have earned the band international airplay and a worldwide fanbase.

“Cat’s Got Your Tongue” is now available on digital, CD, cassette, and LP from Big Curve Music. 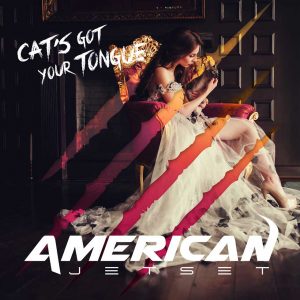 1. 3AM Charm City2. Bombs Away3. Cat’s Got Your Tongue4. Tokyo Radio5. Falling Stars6. Save Somebody Else7. Unwanted8. Everafter