New Jersey and New York – Swim The Current release “Fatum Sciam (Knowing Your Destiny)”– A project by guitarist Greg Antine that is an infusion to be experienced. Combining the professional talents of bassist – George Pond (Disciples Of Verity); drummer – Chris Moore (Ultraphonix); guitarist – Joe Gareri (Joe Gareri Project); and guest vocalist – Jai Diablo (DragPipe) and Dan Caputo (Negative Sky) blends a supersonic work you can sink your teeth into and crank it up loud!

Having played in numerous bands throughout the years, Guitarist Greg Antine came to a point in his career where he wanted to branch out and write songs that had more depth and were inspired by his personal life experiences. Having grown up less than two miles from the beaches of South Jersey, The entire vibe of Swim the Current is infused with elements of the ocean and beaches of South Jersey where Greg still resides. 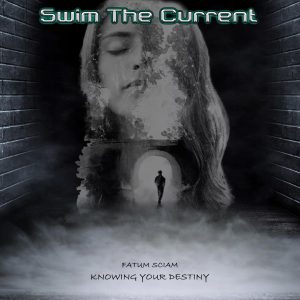 Having worked with Bassist George Pond for several years on previous projects including, Disciples Of Verity, Greg expressed his concept for Swim The Current to George in hopes of collaborating with him on this new music venture. The two began to flesh out ideas in George’s home studio and realized quickly that they were on to something special, but still needed something more to see their ideas through to complete their concepts.
Greg was introduced to Joe Gareri, Guitar/Keyboards, by George during the Disciples Of Verity debut album recording sessions which Joe is also featured as a guest artist. The three of them immediately hit it off and worked extremely well together. Greg and George realized that Joe’s cinematic writing style would be a perfect match for their concepts and Joe was then brought in as a full-time member.
After two songs were completed and demo’d in George’s studio utilizing programmed drums, it was suggested by their friend Allyson Song River Jaynes, that they reach out to her friend, veteran drummer Chris Moore of Ultraphonix, Rock Of Ages, to see if he would be interested in working with the project. Upon hearing the strength of songwriting and musicianship of the band, Chris was all in and signed on as the fourth full-time member of STC and now the band was complete.
From day one Greg’s vision for STC was to feature various vocalists for each of the songs who would differentiate the sound and essence of each one, making them individually unique. Guest vocalists for the project have included: Charlie Berezansky (VEXES), Dan Caputo (Negative Sky), Chaka Malik (Orange 9mm, BURN) Jai Messina (Jai Diablo)(DragPipe, Stem), and Greg Christie (ElevenAfter, Nude Groove). 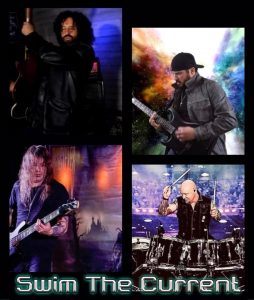