Saturate, a hard-working band out of Houston, TX, is made up of musicians who long ago decided to make art their true pursuit in life. The group was formed in 2005. They have done many national tours and have yielded new fans that stick with the band album after album. The band prides itself on its passionate performances, musical versatility, and the ability to craft hooks that get fans singing along word for word. 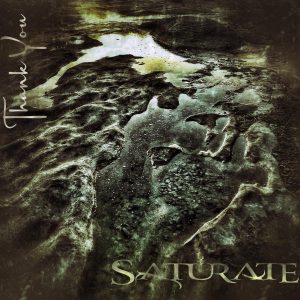 After 15 years, 4 albums, and coming hot on the heels of their recent music video “Light the Match”, Hard rock band Saturate (Houston, TX) is out with a brand new offering for the fans. The band’s latest track “Thank You” is a hard-hitting, unabashed letter of gratitude to those who have offered a hand to the band through the years.

The track, the second release from the forthcoming Feed the Fire EP puts heavy riffs, slapping bass, huge choruses, and a myriad of unique vocal styles into 3 and a half minutes that you’ll not easily forget. If you ever have given Saturate a chance, they simply want to say – “Thank You”.

Produced by Saturate and MIXED BY MATT PLANTE AT MADTOWN STUDIOS in Madison, Wisconsin