JOHNNY BEAUFORD – “Just A Little Pick Me Up”

Texas based musician, songwriter, guitarist, Johnny Beauford has been in the saddle during the previous years. He has released a dozen successful studio albums with previous projects. The founder of Americana project Jack Kerowax (2013-2018), and long time Dallas rock band Bravo, Max! (2008-2020), has released work under his own name before, albeit minimally, with a pair of home recorded EP’s originally tracked as demos. 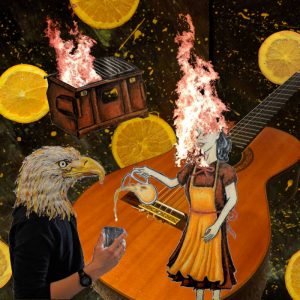 “Just A Little Pick Me Up” is his solo release with 10 tracks in, whose materials he has performed with two following musicians : Jonathan Jackson & Garrett Padgett, and also some guests, as a : Taylor Tatsch, Sam Powell, Preston Lewis, Brett Lamel, and Jordan Carr. Johnny Beauford & Taylor Tatsch, was responsible for production. 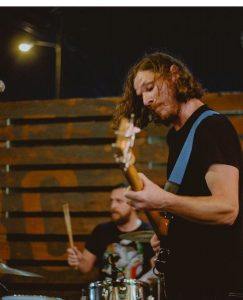 As a author of complete presented materials, Johnny has offered a variety of styles, I would add that his rock views he has combined with alter rock elements, and also with some retro 70’s/80’s and 90’s details too. His memories of some previous times and life experiences has passed through his lyrical opinions. Most of the songs are different among them, but it’s also clear that as a musician, Johnny posses a clear attitude and same/identical  ( positive) message.