Oxhole are newer act under the progressive/progressive rock sky, and as they said they are “ the pioneers of the new wave of bombastic art-rock from Sokolov and Prague, Czechia “. 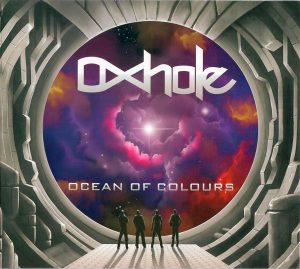 Czech fellows works as a quartet, and  some months ago, they have introduced themselves to the wider audience with an album, entitled “Ocean Of Colours”. Mentioned release is available digitally, and as a CD, and CD release follows up with lavish booklet of 20 color pages, and this is also digi pack with an interesting cover artwork.
Czech act posses in their line-up serious musicians, with relevant knowledge. They are very good performers, and I would add a wise arrangers of presented songs from the album. 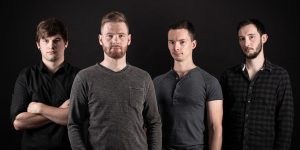 Oxhole are also one of the group, whose materials deserve repeatable listeners attention, and their sound isn’t simply and easy acceptable to average ear. They have offered a mixing trip to the spheres of progressive/progressive rock/art rock elements,  honestly without too much presented  elements of progressive metal tendencies as well. Their songs are  different among them, but we can hear one unique style and story, behind complete concept.
“Ocean Of Colours” is without a doubt serious product from Czech band, and offering concept is equally interesting for the followers of the newer and older tendencies , under the genre’s sphere.