Atomic are German’s act, whose members posses huge experience, and many releasing concerts/gigs, during the years.
Their first album, group has released in 2005 year, and second in 2008 year. 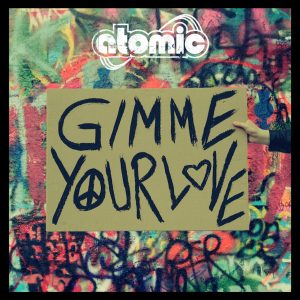 This is for German fellows something as a new beginning, and song “Gimme Your Love”, for which band has released also a video clip, and with mentioned title  announced their forthcoming  full-length, 4th in complete career for the first period of 2022 .
“Gimme Your Love” is explosive power pop/rock song, with strong rhythm and repeatable choruses. Many associations also could lead to some retro era, as a periods of  the 80’s and 90’s, but Atomic has sounded enough fresh, capturing modern coordinates of our time.