CLARA ENGEL – “Hatching Under The Stars”

Another album which I have received from Clara Engel, was her full-length from previous 2020. “Hatching Under The Stars”, collection of 9 author’s songs. 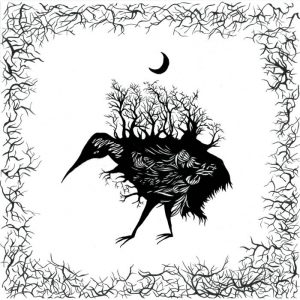 Voice, guitar, and drums recorded live off the floor at Lynx Music over the course of two afternoons in November 2019. And both live sessions were engineered by Paul Kolinski.
Dreamy and  constant sad and depressive atmosphere are also leading elements in Clara’s offering. We can hear unusual arrangements creations, and songs done in mid or slower tempo, where Clara’s crystal voice in one narrative way describe her feelings and emotional statements. She is deeply in her music/songs, and one special ambient, with really minimal instrumentation create song structure from first to last tact.
“Hatching Under The Stars” is an album with unique quality, but I will specially mention an opening track “To Keep The Ghost At Bay”, to me, as a most inspiring one.