Mr. Chris Beer is Vienna based singer/songwriter, active several years on national music sky. But, his music has taken him also to another European countries, such as Poland, Germany, Scotland, Hungary, Switzerland, Luxembourg and Italy. 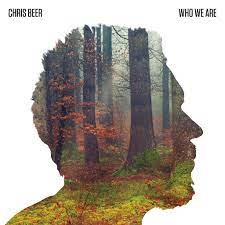 He is also producer and artist, not with small previous experience, and most things, he mainly creates with his own “hands”.
His actual album “Who We Are”, he has released for “Preiser Records”, and we can find here and there 10 authors works, done in basically pop mood, but with many other additional elements, as pop/rock, ambient traces, modern pop views, and some also retro 80’s and 90’s tendencies as well. He posses pleasant and narrative voice, in many places pretty suggestive too. He is an author who writes insightful lyrics, but his songs posses different mood, and we can hear different atmosphere from one song to another. Most of the songs were done in mid and mid-up tempo, with pretty serious “orchestration” and melodic lines as well. Chris Beer all the time distributes his own style and story, and  “Who We Are” as an album, confirms that under the pop as a genre, he know how to satisfy potential listener’s ear.