Mr. Daniel Nestlerode is  untypical music person, singer/songwriter/author, whose career isn’t unknown for the followers of worldwide folk/roots music tendencies. With actual one, he released three albums. He was born in USA, but life-time circumstances took him to UK and France. His life experience also reflects on the songs he writes. He is also, as a player, virtuoso on mandolin and mandola. 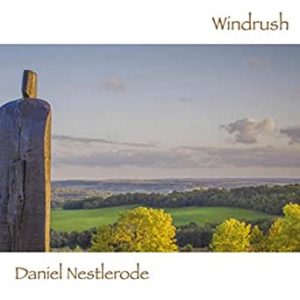 Mr. Nestlerode use to combine traditional instruments with electric “heritage”, so one interesting mentioned mix, we can find on his actual release. “S/t” song “Windrush”, takes special part in his album, and as he said, “The Windrush scandal was breaking in the UK, and he was thinking  about the bravery of those people to leave their homes and lives in the Carribbean Islands to help rebuild the UK, where they found a complete change of climate, economic uncertainty, and racial hostility”. Some of the songs were sung in French, and we can find on the album also three traditionals and one cover, penned by Victoria Vox. 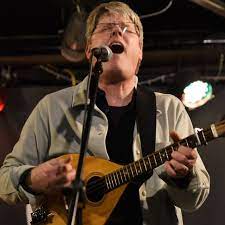 “Windrush” as an album collect traditional and actual tendencies under the folk/roots music, and it seems that Mr. Nestlerode did a good job. His actual release is also a listenable product, with good production, and clever arrangements including.