Out of Moscow, Russia, comes a trio named Starified, active some period ago. They have released with actual one, three albums, and they are first Russian act who have been signed with USA label  “Ripple Music”. 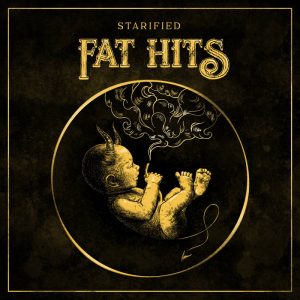 Starified is without a doubt serious act, they work as a trio, and band’s drummer Vadim Ambartsumian is also a singer. Starified are deeply in their world of music, and in an actual release, a group has offered 10 songs with similar qualities. I would say, that the band in specific way mixed up several genres as: hard rock, stoner, progressive hard rock and 90’s rock as well. Also we can find here and there some hidden grunge elements as same as 80’s hard rock retro influences too. All of presented songs posses clear melodic lines, and most of them are done in mid up or little faster tempo. Judging by group’s arrangements, we can conclude that they accept standards of our time, which is another plus in complete impression of their offering music. 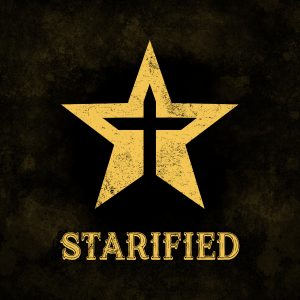 The production, as same as other technical elements a group releases in so call elegant manner, and in final as a result we have one pretty interesting and also modern release, judging by mentioned presented genres forms.
“Fat Hits” is recommendable product of Russian fellows, so the band reaches highest marks with mentioned release.