SCOTT McCLATCHY – “Six Of One”

USA singer/songwriter Scott McClatchy is a musician with longer career behind. He is also well-known as a studio and musician who has worked with many well and less known artists.
These days/months, he has returned with his 5th solo album, entitled ” Six Of One”, done with respectable team of following musicians/performers. 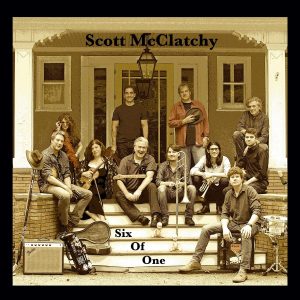 “Six Of One” has looked the light of day, 10 years after his previous release – “A Dark Rage”. Just as reminder, his first album “Blue Moon Revisited”, from 1997. has taken serious attention of critics and audience in those period.
“Six Of One” is  I would add, pretty optimistic album, with 6 originals, penned by Scott,and 6 mostly well-known covers. I will specially recommend versions of 2 songs – Graham Parker’s “Heat Treatment”, and Robertson/The Band classic “Ophelia”. But, all of the  materials  from album posses unique standardization, and songs are full of melodic lines, skillful performing and well-done  atmosphere as well. 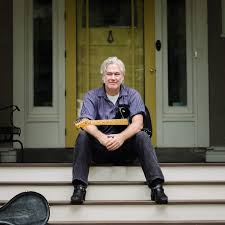 “Six Of One” is also very “alive” album with clear message and nice moments. Some of atmosphere also knows to remind on  music  released in albums from previous era, done in 70’s and 80’s period,  and that’s also important positive element, delivered by Scott and his team.
“Six Of One” is nice comeback of Scott McClatchy, recommendable for the serious followers of rock/Americana, and roots music in general.