Out of Switzerland comes a band fronted by Seraina Telli, formerly singer of all-girl heavy metal group Burning Witches. She has completed  her actual line-up with 2 males: Andre Gartner and Mike Malloth. 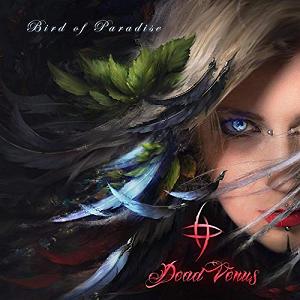 Seraina and mentioned palls are without doubt, musicians with huge experience and respectable knowledge. So, the music of Dead Venus, is a result also of their previous career.
Before actual album, a band has released an EP, so at the very first moment listeners who has supported progressive tendencies, were ready and willing to face it with new musical challenges.
“Bird Of Paradise”, in the period of realization was a surprise for many serious listeners, who didn’t expect such a quality that songs from the album were reflecting. 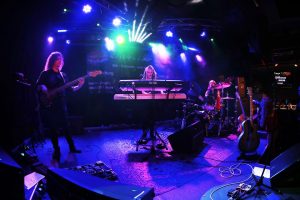 A brilliant Seraina vocalization and quality musicianship characterize all of presented songs. Mixing elements of progressive rock and progressive metal, constant up-tempo changes, original arrangements creations, are elements which band released in best possible manner.
“Bird Of Paradise” is an excellent album, where all of other technical details reflects as well.
Well-done job and more than recommendable product, especially for the listeners of progressive tendencies of all possible stylish sub-genres.