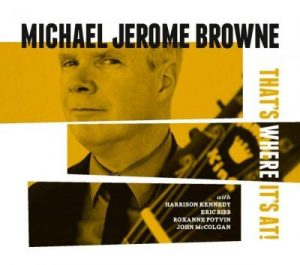 Born in USA, South Band, Indiana, in his teen years Michael moved to Canada with his family. In his younger years he has toured through Europe as a one-man band, playing guitar and harmonica. Later on, he joined Stephen Barry Band. In 1999 he has released his debut, and received several nominations for his blend of blues and folk music. Before actual one, he has released ” Can’t Keep A Good Man Down” album in 2016 year.

“That’s Where It’s At!” is his newer product, in many aspects different from previous releases, judging by his conceptual presented idea. With 14 tracks in, album in general is guitarist’s search to soul, gospel, roots traces from the past. There are songs known from  Sidney Carter and Blind Willie Johnson repertoire, Lowell Fulson, Sam Cooke and Bobby “Blue” Bland material, also Stevie Wonder, Randy Newman, Al Green tunes, with some authors songs as well.

In key circle is his elegant finger picking style, and of course certain vocalization too. John Mc Colgan on drums played on most of the materials from album.  Harrison Kennedy, Eric Bibb and Roxannne Potvin were guests musicians, singing one song, each of them.
“That’s Where It’s At!”is an album for the followers of acoustic blues, roots, also soul music. Mr. Brown is brilliant instrumentalist, who also choose interesting  and nice songs for his actual album. 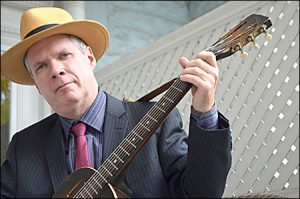