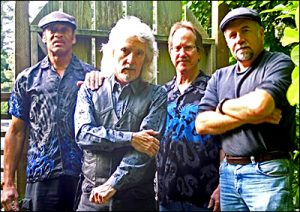 Texas bluesman Ted Vaughn, currently based in Oregon, fronts this group of award winning blues pros with decades of recording and performing under their belts. Hans Bloom of Dalalademokraten in Sweden says, “Ted Vaughn has a voice made for the blues”. 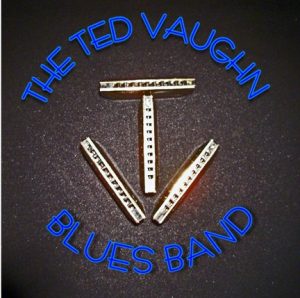 ue to the popularity of their original music, the band was listed as one of the # 10 bands for worldwide airplay on Jango internet radio.

Their long awaited debut CD, “The Ted Vaughn Blues Band”, was released on Harbinger Northwest Records and recorded by the award winning production team of Leon Forrest and Paul Carlsen. It has garnered critical acclaim worldwide and received a nomination for CD Of The Year” by Indie Music Digest.

Brand new CD, “It Takes A Man To Play The Blues”, to be released worldwide in October of 2018.