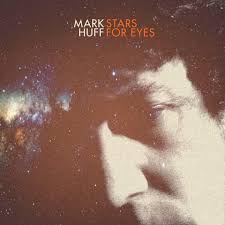 Some months ago, singer/songwriter Mark Huff has released his 9th album, entitled “Stars For Eyes”, with 11 tracks in.

Recorded in Nashville, under the conducting rolla of producer Chad Brown, Mark follows potential listeners to his world of love and life, delivering portions of roots/americana heritage, with additional traces of pop/country and classic rock elements as well. Ten  of 11 songs are his works, except closing tune “Almost Like The Blues”, penned by Leonard Cohen and Patrick Leonard.

Pretty melodic lines and repeatable choruses on most of material are presented here and there. I have to add that Mr. Huff also prefer using slyde guitar in most of his songs.”Stars For Eyes” and “Nightingale” are 2 tracks with stronger radio using possibilities.

RAVEN AND RED – “We Rise Up” BACKYARD GIANTS – “Backyard Giants”