Careening wildly around the alt-country and Americana genres like Hank Williams on a hot-rodded Vespa, PK Gregory’s music is rooted in tradition, but with a kind of laissez-faire eclecticism and idiosyncratic storytelling bent that is decidedly modern. Described as “Johnny Cash meets John Prine, with a smattering of Townes Van Zant”, fans of the great troubadour tradition will find much to like, but this is not an attempt at a purist revival by any stretch!With elements of folk, western swing, honky-tonk, and blues, and taking on a wide range of subjects from religion and sex to the zombie apocalypse, the songs are driven forward by PK’s swirling fingerpicked guitar, harmonica, home-made suitcase drum and foot percussion, and delivered in an immediately-compelling baritone reminiscent of Johnny Cash, with a Hank Williams edge. 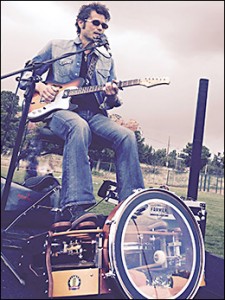 Born in a single-wide trailer in Anchorage, Alaska and subsequently raised in the Oklahoma sticks, PK Gregory would have a pretty good claim on a classic white-trash upbringing if it weren’t for the fact that when he was twelve, his family inconveniently uprooted and moved to Stavanger, Norway. Though he did not know it then, this move would turn out to be one of the most important events in his life.

Upon arrival in the land of lutefisk and lingonberry jam, PK, who was missing his friends back home and noticing that almost no one in this country had a cool dirt bike with yellow “mag” wheels like his, began to rebel. He began to wear black. He picked up smoking, or at least the habit of holding an unlit cigarette in his mouth. Because it could be lit, literally at any time. He listened to jazz records from the 40’s. But these counter-culture notions were just another way of becoming boringly mainstream, he realized, so he dropped the whole pretense and decided to go outside. 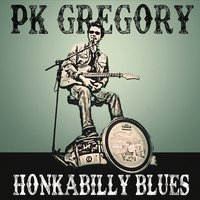 Almost immediately falling in love with a beautiful, face-eating Norwegian blonde named Tune (pronounced “Tuna”), PK shed his Okie aspirations like a bad habit and began sucking down gravlaks like it was Cheez Whiz. Norway wasn’t so bad after all! Although there was this business of the weather. 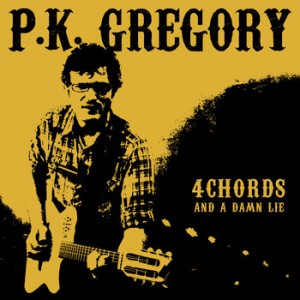 The following year, the Chernobyl reactor next door popped like a toxic zit and spewed it’s radioactive pus all over most of Northern Europe, especially Lapland, where Santa Claus lives. One night a few months after the disaster, and not knowing any better, the young PK ordered a reindeer steak at a local restaurant, mostly to irritate his father because it was the most expensive thing on the menu. Ordered medium rare but served well done, with an ominous green glow that lit up the room, PK unwittingly ate the entire steak, being a growing boy and having not yet seen the classic 1981 Chevy Chase film, “Modern Problems”. 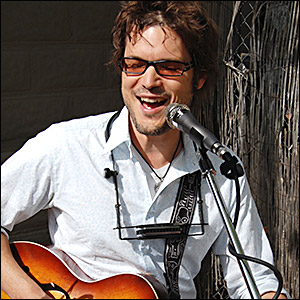 From then on his magnetic personality and telekinetic powers only grew. Somewhere along the way, he got a guitar, a record player, and a bunch of Peter Tosh records and began the long process of becoming the songwriter and man he is today.