David Serby says of his latest release, “My original idea was not to put any artwork on the album at all. It was just going to say David Serby and the Latest Scam, and that was it. It was going to be like the White Album.” 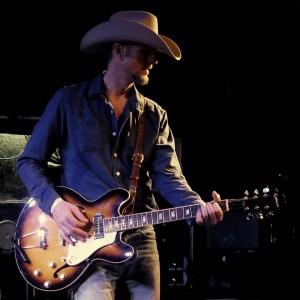 The allusion to the Beatles’ self-titled 1968 two-LP set is no joke, for Serby – best known to Los Angeles audiences for his storming honky tonk country records – has made…a rock ‘n’ roll album. 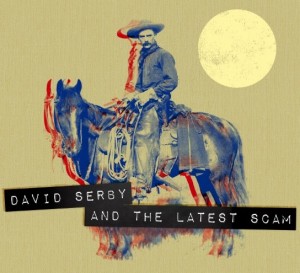 While many viewed the latter album as another high water mark in the career of one of L.A.’s most gifted singer-songwriters, it also signaled the beginning of a shift in Serby’s musical approach.

He explains, “When I finished Poor Man’s Poem, I was really proud of it, but I really only played that record live three or four times, at [the weekly local country showcase] the Grand Ole Echo and the Stagecoach Festival. As much as I loved that record, you really didn’t throw off a lot of energy playing those songs. One of the things I love about playing live is the energy I get from the other musicians – one of the reasons I write songs is so I can hang out with great musicians and feed off them. I wanted to write something that was more aggressive, but I didn’t want to do something I’d already done again – write another up-tempo honky tonk record.” 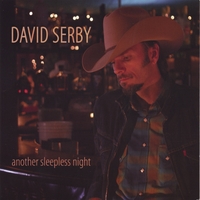 Serby credits a period of concentrated listening to Rockpile, the high-watt ‘80s English band that featured Dave Edmunds and Nick Lowe, with helping him turn a new corner in his songwriting and performing style.

“Hearing Rockpile again reminded me of how I felt in high school, and how much I loved rock shows,” Serby says. “I thought, ‘Well, I’m not too old to write some rock songs.’ Also, being close to Ed Tree, who is such an inspiration and such a great rock ‘n’ roll guitar player, I thought, ‘I have such an opportunity to do what I want to do. I should just do it.’” 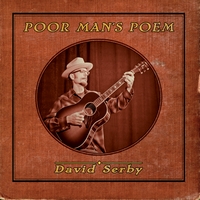 Serby began work on material for a new record in December 2011, and in short order he had completed enough material for four albums. The songs reflected a lifetime of rock ‘n’ roll listening, in a kaleidoscope of styles.

“I wrote about 50 songs, and they were all over the place,” he says. “Some of them sounded like the Ramones. I sent one off to Dale, and he said, ‘This is like a Wall of Voodoo song.’ There are some guitar parts on the album that sound like they could be on a Joe Jackson record — I loved Joe Jackson as a kid. There are a couple of things on there that were influenced by Elvis Costello. I’m obviously a big fan of the Beatles, as I think most people are. All this stuff that I had listened to as a kid was just filtering through what I was doing. I wasn’t really paying attention to what I was doing – I was just spewing songs.

“I got to a point where, out of these 50 songs, I thought, ‘This half goes together,’ so those are the ones we started working on. At a certain point, I didn’t want to leave anything off the record, so I said, ‘Let’s just make a huge record.’”

David Serby and the Latest Scam by no means represents a complete break with its author’s past, as he explains: “To me it seems radically different, obviously, from the last record, but also radically different from the honky tonk stuff. But there is a thread of rootsy stuff. ‘You’re Bored’ or ‘A Rumor of Our Own’ could have been played as honky tonk songs. There are a handful of songs on there that could have been honky tonk songs. Melodically, they’re not that different from what I do. There are probably just more chords in them.”

The material on the album was designed with live performance in mind, and Serby says he found his dream band to play it. The members of the Latest Scam are all long-time friends and collaborators of the bandleader.

“When I started making records with I Just Don’t Go Home and first started doing shows, Dale Daniel was the first drummer who played with us,” Serby recalls. “Then he got busy with the Hacienda Brothers [the stellar roots-rock unit fronted by Dave Gonzales and the late Chris Gaffney]. Part of the reason for this record was because I wanted to make an album with Dale in the band again.”

Boaz comes to the Latest Scam with a diverse résumé, having served as the bassist for both the go-for-the-throat early L.A. punk unit Tex & the Horseheads and Dave Alvin’s great roots band the Guilty Men. 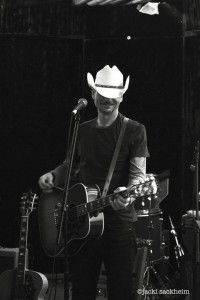 Serby says, “Greg had filled in for Taras Prodaniuk, who’s now with Richard Thompson, when he was out of town before, so I’d played with him before. He’s perfect for this. Greg has that punk energy to his playing that maybe we wouldn’t have gotten with somebody else.”

David Serby and the Latest Scam is a a sprawling rock ‘n’ roll opus whose songs contain all the virtues of Serby’s previous work – literacy, energy, soul, and emotional impact. But, by returning to a different but equally valid set of musical roots and letting it rip, Serby has broken exciting new ground in a career that gets more interesting with each release. As he tells it, this rich new development came about almost naturally:

“When I was writing Poor Man’s Poem, I thought about it a lot. One of the things I didn’t want to do with this record was think. I didn’t go back and rework lyrics. I said, ‘That’s what it is, and I’m just going to have a ball. I’m gonna have fun, I’m going to make a rock record, I’m gonna get some guys I love to play with, and I’m gonna play some great shows.’”

Closely follow the instructions on the package – “PLAY LOUD” – and see David Serby and the Latest Scam when they rock through your town.