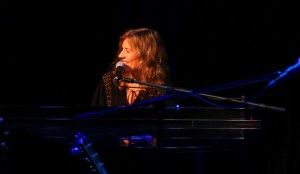 American singer songwriter Wendy Webb releases her 5th studio album ”Step Out Of Line” on Spooky Moon Records. Songs written under a Nashville skyline with an urban attitude attracted legendary musicians Wayne Jackson, David Grissom, Mark T Jordan, Willie Weeks and Dan Dugmore to record with Webb. The record consists of 9 original songs along with a haunting electric piano rendition of Bob Dylan’s ‘Girl From The North Country’, a stunning tribute that pays homage to her Midwestern roots. The recordings took place in a private residence in Nashville where Webb co-wrote and co-produced with engineer Mark Keller. 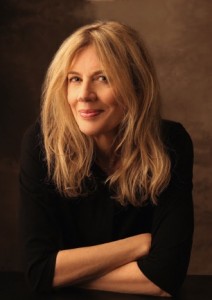 Webb says, ”Having a house in town made the recording more organic and convenient for studio players to stop by after their day sessions to play on what I thought were some artful demos. Imagine the thrill of hearing Wayne Jackson, founding member of the Memphis Horns, blow that incredible trumpet solo on ‘Step Out Of Line’ in the living room, and know you captured that performance.

Jim Horn played sax on ‘Destiny’s Muse’ in the dining room. I sang and played piano on Dylan’s ‘Girl From The North Country’ live in the living room and Dan Dugmore added the gorgeous pedal steel solo. Each musician’s contribution was over the top. It was an extraordinary experience and very exciting”.

Originally from Iowa and self taught on guitar and piano, Wendy moved to Los Angeles where she was fortunate to meet Joni Mitchell’s engineer, Henry Lewy, who offered her studio time and mentoring. She recalls, “That’s when I learned about recording and my own performance”. 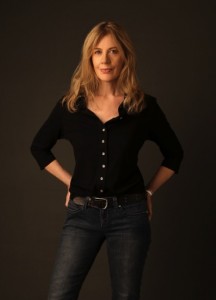