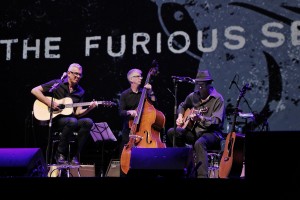 “We’re not done yet, not by a longshot”, sings L.A. veteran David Steinhart on ”Look West’s” opening gem “Longshot”. And though he’s singing of a relationship, it’s utterly true of his muse, too. Having gone canyon rock, country, pop, western on last year’s ”My Love Is Strong” with pleasing result, he goes one better, decamping with just his and lead guitarist Paul Nelson’s acoustics and harmonies, making western folk that shines the sharpest light on his pure strengths over now 21 LP’s in 32-years, beginning with ”Pop Art” and ”Smart Brown Handbag”, his remarkably seasoned songwriting and storytelling.

Regret, nostalgia, melancholia, distaste, and resigned philosophizing can be cloyingly dull in mediocre hands, Steinhart’s ruminations are warmhearted, tender, considerate, and appreciative, not for so much lost, but what remains. “I would love to see your face before another winter, before what’s coming next”. Let us not take him for granted, especially when he’s on top of his game like this. 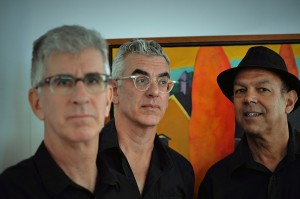 “The album’s instrumentation is complex despite only being comprised of the trio, and Paul Nelson’s swift hand on guitar deserves special recognition. From the nostalgic wandering a European city late at night classical riff to introduce “A Thing to Behold”, to the beautiful solo on “Simple & Clean”, his melodies are the pulse of every song.

Even more than the gorgeous guitar, however, it’s the impeccable songwriting and heartfelt lyrics that lift this album up the furthest. Every track on the record is emotionally vulnerable, honest, and accessible. You’ll spend all fall unpacking the layers. 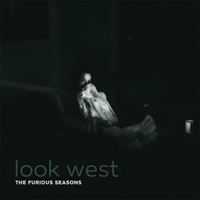 The Furious Seasons’ 5th release, “Look West” is a perfect departure from last years lush and orchestrated “My Love is Strong”. With “Look West” David Steinhart’s penchant for catchy melodies and story line lyrics are still firmly intact, but this time they are tackled by an acoustic trio that highlights the stories and creates a warmth that David and his brother Jeff haven’t achieved since the early days of their mid 80’s band, Pop Art. Jeff Steinhart plays a stand up bass for the first time in his career and guitarist Paul Nelson’s agile solo’s and harmonies helps “Look West” create a sound all it’s own. Not folk in the traditional sense, the folk, pop album soars with deep personal stories and melodies that will stay with you for long stretches.

The album concept was born out of months of 3 piece shows played in Southern California, including shows in support of John Hiatt, David Lindley and AJ Croce. Scott Campbell recorded a few of the tracks live in a home studio in Hollywood set up for Shelby Lynne. Tim Boland at White Light Studios in North Hollywood recorded the lion share of the album.