Julie Christensen’s new band Stone Cupid, a kindred spirit to her post-punk powerhouse Divine Horsemen, headed to the studio with producer Jeff Turmes last spring to capture a debut album to be released this spring.

Christensen, who’s authored 5 independent albums and sung with everyone from Leonard Cohen to Lou Reed, has surrounded herself with a team of team players. Guitarists Sergio Webb and Chris Tench flank Christensen at the front. As Tench creates the ideal sonic landscape, Webb populates it with one stunning surprise after another. Propelling the enterprise are drummer Steve Latanation and bassist Bones Hillman, who combine taste and telepathy into something so unified they seem a single entity.

Christensen’s own musical odyssey is as varied as the kinds of songs she can deliver. Born and raised in Iowa, she headed to Austin in the late 70’s, then Los Angeles in 1981. There she met and married Chris Desjardins and together they formed Divine Horsemen, a band whose sound she likens to “Beggars Banquet-era Stones”. From 1988-1993 Christensen toured the world with Leonard Cohen as one of two featured backup singers. In 1990, she was signed by Polygram, but the Todd Rundgren-produced album fell victim to label politics and went unreleased. 2003-2006 saw her paying tribute to Cohen in the ‘Came So Far For Beauty’ concert series, and spotlighted in the feature documentary ‘I’m Your Man’. 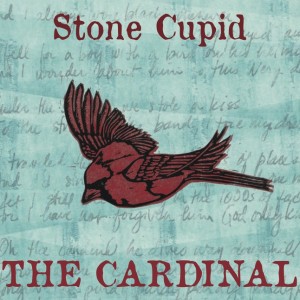 An East Nashville resident since 2013, Christensen is beguiled by its concentration of musicians and their camaraderie. The move from California, meant to nurture opportunities in the acoustic and roots community, now finds her with a rock band, envisioning big-stage concert and festival gigs, and she couldn’t be happier.

Producer Turmes, who’s worked with such luminaries as Mavis Staples, Tom Waits and Richard Thompson, was again with Julie at the helm, as he was for Christensen’s previous album, 2012’s “Weeds Like Us”, a project that garnered some top 10 attention in end-of-year honors. 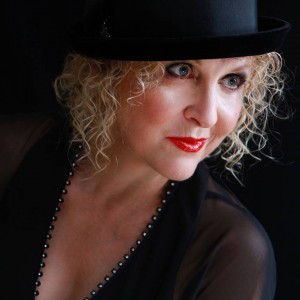 The new album includes artful tunes from Kevin Gordon, Chuck Prophet and others, including a bonus track of Stone Cupid’s version of “Anthem”, by Leonard Cohen, and a healthy helping of Christensen originals. “I’m so fired up with what we’re doing”, she says, optimistic that albums are not the dinosaurs some predict. “An album is an arc. It unfolds, piece by piece. I see young people buying albums. They’re listening. They’re getting it. I love that”. A new Stone Cupid album will be well worth the listen. “We’ve all done the big stages”, says Christensen. “This won’t be our first rodeo”.