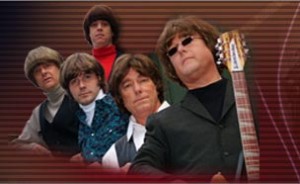 Genre:
A Tribute to The Byrds 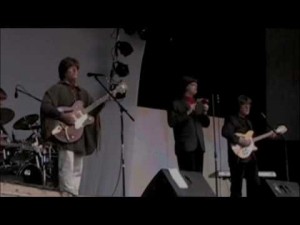 Second Flyte is a true tribute band that will transport you back in time to experience the sights and sounds of a Byrds concert circa 1965. Back to an era where “flower power” and rock and roll was exploding on all fronts.

Second Flyte focuses on the 65-68 era of The Byrds. America was being invaded by the British Bands, our Country was at war in Viet Nam, and the youth of our nation was being thrown head long into the complex changes happening in our society. Although some great Rock music had been recorded up to this time, America’s youth was ready for changes. Their taste in music was maturing, and the “candy floss” rock no longer represented the reality of their ever changing world. Enter: Jim “Roger” McGuinn, David Crosby, Chris Hillman, Gene Clark, and Michael Clarke. With some collaborating with America’s GREAT ROCK POET, Bob Dylan, and drawing from the very diverse musical backgrounds of each member, (Rock, Folk, Bluegrass, Jazz,) the Byrds penned and recorded some outstanding tunes of their own! “Philoso-Rock” was born. 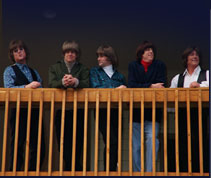 “Philoso-Rock” was a Poetic,” Rock –Folk” fusion that related to the youth of the day. Many other great West Coast bands spun off from this new musical explosion, but it was the Byrds who set the standard of “Kool” for all.

There will never be another Byrds. The members of Second Flyte do not in any way lay claim to anything other than to recreate this great body of musical material as close to the original recording as possible. We truly hold each member we portray in the highest respect and regard.