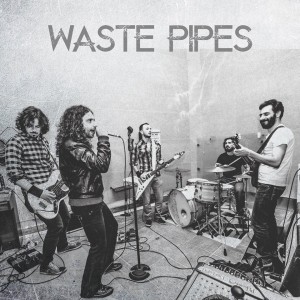 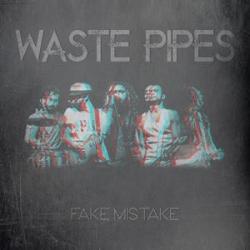 The band was born in 2003 behind the High School desks in Rivoli, near Turin (Italy). During these thirteen years of activity the band brought its music, an old school rock’n’roll with many influences (blues, indie, dance), in Italy and Europe. Waste Pipes played as opening act for: Elio E Le Storie Tese, D-A-D, Meganoidi, Perturbazione, Thunder Express (ex The Hellacopters), Adam Bomb, Bobby Solo, Francesco C, Octopus and Fabio Treves Blues Band. With three CDs of original songs at its credit (the second and the third ones made under the supervision of Valerio Giambelli, guitar player in the famous band Statuto), Waste Pipes is one of the long-running bands in the Turin underground scene. While “Let Blood Boil” (2006) was recorded live in the studio, “Make A Move” (2010) has been arranged and recorded with a high quality level, giving the band the chance to explore new solutions and sounds! It was produced by Valerio Giambelli and Claudio Accatino and recorded and mixed by Mauro Tavella (sound engineer for famous acts such as Africa Unite, Linea 77, Persiana Jones) and Madaski (keyboardist in Africa Unite). In 2013 the band celebrates its 10th anniversary still with the original line-up, releasing a single called “For All The Time We Waste”. After a long stop, in 2015 the guys worked on new songs that will be featured in the new album “Fake Mistake” out on February 27th, 2016. This step brings the band to a new horizon, the songs are complex, the sound is melodic and aggressive at the same time, the lyrics are strong and straightforward. Anyhow, the band gives its best on stage. They played more than 500 gigs in Italy and Europe and now that the album is over they just want to increase this number.