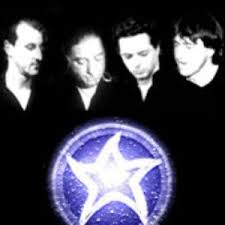 The Elements that compose Runaway Totem during the time inhabited different people. It’s important to understand that their rotation isn’t decided by human vicissitudes, but it’s the result of Runaway Totem’s will. Each Element, each event, is functional to the target that Runaway Totem gave itself. Behold then, when an Element goes away, it’s because its function in that Place and Time has ended. So the Element goes back to its ancestry place, while the person who hosted it can’t help from leaving the group.

Runaway Totem’s Elements exist since ever and will exist forever: both those who already manifested themeselves and those that are waiting for their moment to come.

The first line-up comprehends musicians coming from different bands, and it’s formed by the following Elements:

After a first period passed composing, Runaway Totem starts a series of live concerts, working with theatrical and dancing equipes. This first phase takes the name of ANALISI and gives as a result the videotape of a live concert.
The second phase of the project is called SINTESI, and begins in 1991. It’s in this phase that starts to work with Runaway Totem

and Mimïr De Bennu leaves the group. As a consequence Renè Modena joins MEN OF LAKE. During this time the group works with other musicians: 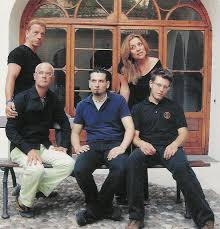 This phase is followed by a video recorded live in Summer ’91 (LA TANA DEGLI SPECCHI), a demo tape with the same title and other recordings, like two other videos.
In Winter ‘92/’93 is recorded the first album, TRIMEGISTO, distributed by the BLACK WIDOW label (Genova – Italy). For this project Runaway Totem works with ANA TORRES FRAILE Voice Soprano

The ’94 is the year of the beginning of CRONOS, new group’s project phase. This new phase takes with it many changes, the most evident is the renewal of the rhythmic section, and the return of Mimïr De Bennu (Renè Modena).
The new line-up shows the following Elements:

In Winter ’95/’96 is recorded the second album, called ZED, and distributed by BLACK WIDOW label (Genova – Italy).
The album’s release marks the end of the previous phase and the beginning of the new one, called KALPA. Here is decided to interrupt live concerts and to “enter in the Shadow”.
For this cycle takes part of the group a new Element:

1999 is the year of the third album, ANDROMEDA, distributed by the French MUSEA RECORDS. In the same year Mimïr De Bennu leaves the group (and so Renè Modena).
In order to continue the project of the CICLI COSMICI (COSMIC CYCLES) trilogy, started with Andromeda, the group equipes itself with a recording studio, the ALBULA STUDIOS.
The new compositions for the second part of the trology come to life in 2002, with the album TEP ZEPI (L’ERA DEGLI DEI), distributed by MUSEA RECORDS (France).
The new Runaway Totem’s shape appears in 2003, with the exit of the Elements Nezah and Vîrhür, followed by Dario Gelmettti and Roberto Veronese.
Now the line-up is based on: 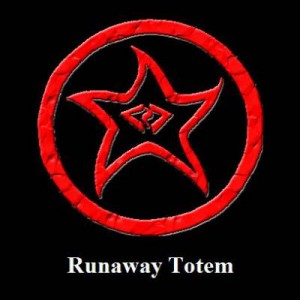 ompose, perform and record the last part of the trilogy, PLEROMA, distributed once again by MUSEA RECORDS (France).
For the CICLI COSMICI trilogy, Runaway Totem works with:

The 2005 leads the path to the new phase, called NOUS, where is confirmed the decision to don’t perform live and to “stay in the Shadow”. At the beginning the line-up remains unchanged.
ALBULA STUDIOS is renewed, and transformed in TOTEM RECORDS STUDIO, with new resources and technologies.
In this phase the new project 4 ELEMENTI 5 is born.
Requiring this project a tougher and more aligned with Runaway Totem’s thought expressive base, in 2007 is founded the RUNAWAY TOTEM RECORDS.
In this cunjuncture another Element comes.
The line-up shows:

The first movement of the new project, ESAMERON, recorded in Winter 2006-2007, is produced by RUNAWAY TOTEM RECORDS and released through the official Runaway Totem Website. It’s also available on the catalogue of the French MUSEA RECORDS.
Beside in 2007 begin two new parallel works: the first one regards the second movement of 4 ELEMENTI 5, called MANU MENES. The second one is part of the new REMINISCENZE (REMINISCENCES) cycle, that comprehends the next release of live recordings kept by Runaway Totem before it “enters in the Shadows”.
At last 2008 records the return at the bass of Dauno (Giuseppe Buttiglione), essential Element for helping in the achievement of the new 4 ELEMENTI 5 movement, MANU MENES, and in the Runaway Totem thought.
Current Elements:

The year 2009 opened with the release of the new 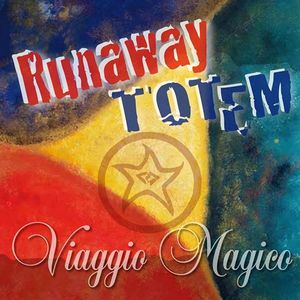 work, second movement of 4 ELEMENTI 5, MANU MENES. Produced by RUNAWAY TOTEM RECORDS, it’s released by the frence MUSEA, by the italian LIZARD RECORDS, by the american SYN-PHONIC and, through the official web-site, by RUNAWAY TOTEM RECORDS itself.
In order to realize this album, another Element descended among us, contributing with her voice in giving substance to the Opus accomplished.
Current Elements:

2010 is a very important and full year for Runaway Totem.

In December the FIRST BOOK OF REMINISCENCE, AI CANCELLI DELL’OMBRA (AT THE GATES OF THE SHADOW) was released, and distributed as usual by the Frence MUSEA, by the Italian LIZARD RECORDS and Andromeda Relics and, through the official web-site, by RUNAWAY TOTEM RECORDS.
This is the first album of a side project, aimed to release rare Archives of the Past.

After the release of this Album, Hor-Douaty’s Time on this World was over, and he went back to the Origin.
So Runaway Totem’s line-up changed.

During this year the third and last movement of 4 ELEMENTI 5, LE ROI DU MONDE has been recorded and will be released in Spring 2011. This Album signs the end of the first Symphony of NOUS.
In order to accomplish this Album, given its complexity and importance, two new Elements descended.
Current Elements:

This last Album is so important that a new Entity descended on this World, in order to support Runaway Totem with its Work.
We’re talking about MODERN TOTEM ENSEMBLE.
Runaway Totem is the Star, and Modern Totem Ensemble is a Planet orbiting around it.
It’s like other Planets, that during the Time will show themeselves and descend on this World.