Taurus Trakker began in 2006, when Allison and I recorded some demos. The results were so encouraging that we were empowered to recruit a bassist and take the band out. We added Denise Page to our lineup, and played our first show headlining London’s famous 12-Bar Club. It felt good, and we recorded our first album on an old 8-track machine, with a total lack of production.

My cousin Mick Jones, ex of The Clash, took an instant liking to our garage recording, and when we staged a Joe Strummer Memorial show in 2008, Mick asked us, along with members of Hard Fi, to back him on some Clash songs, which was a great honour.

We then recorded a single with Mick producing, Monks Punks and Drunks.

2009 We played the now legendary Carbon Casino in Ladbroke Grove, followed by our own residency in the same venue, where we shared the stage with Jim Jones Revue, Dennis Bovell, ATV and Viv Albertine.

2010 saw a short mini-tour of New York City, where we won friends and influenced people.

After Building Ten we quickly put together an EP, A Rakket U Trust, which was again well-received by fans and critics.

2013 was a busy year, with the highlights being Strummercamp and Rebellion Festivals, headlining London’s Borderline Club, and being joined onstage in London by hero of the 60’s counter-culture Edgar Broughton, for a rousing verion of his classic Out Demons Out.  Another high spot was performing twice on The Rotten Hill TV Show, which is set to be aired sometime soon.

In 2014, we added James Simmins on bass, released 3rd album, Death Coaching, with Mick again guesting on two songs, and mixed by David M.Allen (ex-Cure producer). Death Coaching received great reviews and is still having some airplay on radio.

We played Benefit shows for the Firefighters, hosted monthly residency at The Alleycat Club in Soho 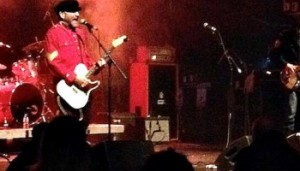 I should mention that since Allison custom designed an artwork for our first album, she has taken care of all the covers, which we see as a large part of this band’s process. I have also made some visual art in relation to the band, and we have exhibited two years running at The Bermondsey Joyriders annual Punk Art show in London

A new single ‘Time for War is Never’ was released as a free download in December.

We are presently writing another album- we’ll keep you posted.

New Years Eve 2015 Trakker played a great show with Rotten Hill Gang,I was lucky enough to join Glen Matlock and Paul Cook on stage for a rendition of Submission, the old Pistols number.

That took us nicely into 2016, in which we will be recording and playing some more shows, with some collaborations in the rock n roll pipeline. 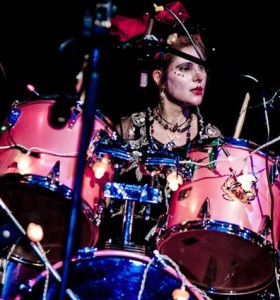