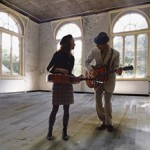 Hat Check Girl, the collaboration between veteran songwriters Annie Gallup and Peter Gallway, is pleased to announce the release of their fifth recording, at 2 in the morning. The album’s 11 new songs showcase the band’s literate songwriting, spooky ambiance, and hypnotic delivery. Annie sings and plays guitars, banjo, dobro, and lap steel. Peter is featured on vocals, and acoustic electric guitars. 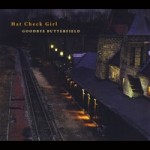 A lifetime’s dedication to her art has made Annie Gallup an icon among people who take songwriting seriously. She has performed throughout North America since 1994, including appearances at Winnipeg, Ottawa, Summerfolk and Stan Rogers Folk Festivals and Vancouver Island Music Fest in Canada, as well as concert venues coast to coast, including New York’s fabled Bottom Line. Annie has led songwriting workshops from Whitehorse in the Yukon to the Swannanoa Gathering in Asheville, North Carolina. She was heard on NPR’s All Things Considered in an interview with Noah Adams. Her eighth album, Weather (2010) is a collection of songs arranged for voice and string quartet. 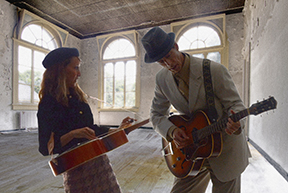 Peter Gallway emerged from the Greenwich Village scene of the 60’s and had released three albums on Warner/Reprise by the time he was twenty-five. He subsequently put out a dozen more recordings on various independent labels. As a producer he’s been involved in over fifty albums and special projects including the Grammy nominated Bleecker Street: Greenwich Village in the ‘60s (Chrissie Hynde, Jonatha Brooke), and Time and Love: The Music of Laura Nyro (Suzanne Vega, Jane Siberry), as well as, recordings for singer-songwriters Laura Nyro, Cliff Eberhardt, and Louise Taylor. Peter’s extensive touring has taken him throughout the U.S., Canada, and Japan. In 2009 he released Manhattan Nocturne, a collection of songs arranged for jazz ensemble that chronicle coming of age in Greenwich Village.