A fresh singer-songwriter with big dreams and an ever-expanding fanbase, artist Jamie Kent’s future as a performer looks quite promising. Drawing on influences from modern rock artists like Jason Isbell and Kings of Leon as well as paying tribute to classic greats like Bruce Springsteen and Tom Petty, Kent’s perfectly mellifluous tunes are roll-the-windows-down, soak-up-some-sun kind of good. Kent has no fear of hard work, playing over 200 shows a year including tours with Huey Lewis & The News, The Doobie Bros, America, Foreigner, The Wood Brothers, Marc Broussard, Ellis Paul, and multiple showcases at the South By Southwest Music Festival. Kent is supported by The Collective, an amazing grassroots group of fans who help advise and fund his career in exchange for access to exclusive music, merchandise, and vote in the major decisions he makes. He’s officially endorsed by BOSE and Telefunken Microphones, and his song “Changes” was used by The Boston Red Sox this past season. Additionally, he’s a recent recipient of an ASCAP Plus award for his songwriting, receives radio play on SiriusXM, and is frequently featured on RollingStone.com. Currently Kent is hard at work in Nashville finishing up a new record with Grammy nominated Producer Dave Brainard (Brandy Clark, Jerrod Neimann) to be released on Road Dog Records in 2016. 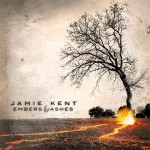 “I feel like I’m at a point where I have the most opportunities and the most momentum I’ve ever had, but there’s always so much more to do,” he says with a laugh. “In that sense, these songs are aspirational, and motivational, as well. They’re a reminder: continue working hard, and at some point there will be a break.”

The songs certainly merit one. Recorded in Westfield, Mass., with producer Joshua Meltzer, Kent’s last record Embers and Ashes found a songwriter coming fully into his own. The rootsy, rollicking opening track “Broke, Not Broken,” has a wide-open feel that suits his tousled voice, while “Bonfire” simmers with a pulsing urgency that breaks loose in the chorus. “Still a Dream” is a wistful acoustic ode to love adorned with subtle piano, and “Prince of Pain” unfolds into a clear-eyed recrimination with Kent singing knowing lyrics in a steady voice. 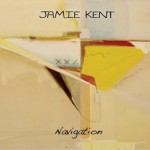 Much of his burgeoning confidence comes from all that time on tour, where self-aware musicians become intimately familiar with their strengths and weaknesses, and the talented ones, like Kent, learn to convert the latter into the former. “You have to completely kick ass whether you’re playing for five people or 500 people, because you never know who’s going to be in that room. And if you can kick ass for five people, you’re going to kick ass for 500 people.”

Another lesson from the road: playing shows night after night can be a tutorial in what kinds of songs work best live, something Kent paid special attention to as he moved away from the looser groove-based tunes he wrote earlier in his career toward tightly focused Americana songs with undertones of folk and rock ’n’ roll that evoke Bruce Springsteen and Steve Earle.

With the new direction in songwriting came a new self-assurance in his singing. A formally trained vocalist who studied privately at the New England Conservatory of Music in Boston, he can perform in essentially any style. The trick was identifying his own. “It took me being on the road day after day, singing my songs over and over again, for me to find a voice that was truly my own, that felt like me,” Kent says. “My songs are often autobiographical, and because they’re so directly applicable to me, the emotion comes through the vocals in a way that really resonates with people.”

Embers & Ashes is direct and emotional, with songs that are as relatable as they are memorable. After years of driving around the country, honing his craft onstage night after night, Kent now finds himself traveling the path he’s been seeking all along.

Kent recorded the new album after raising money through The Collective, which he launched in 2010 as “a community of my most loyal fans, friends, and advisors who support my career from day one, and reap the greatest returns from its growth.” The idea for the Collective, which also voted on the album art for Embers & Ashes, came from the realization that the music industry is in a state of flux that requires musicians to figure out ways to support themselves instead of relying on record labels or radio airplay to build their careers.

“At each stage of my career, the support of the Collective will help to quickly push me to the next level,” Kent says. “Up until today, this kind of acceleration has been nearly impossible to accomplish as an independent musician; looks like that’s about to change.”