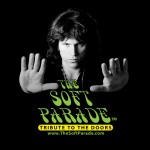 The Soft Parade is revered worldwide as THE premiere Doors tribute show for two full decades. They recreate, with stunning accuracy, the primal, poetic atmosphere of a vintage Doors concert.
Since forming, the New York City-based quartet has toured throughout the United States and 20 countries to become the first and foremost act to pay homage to The Doors and to garner rave reviews across the board. 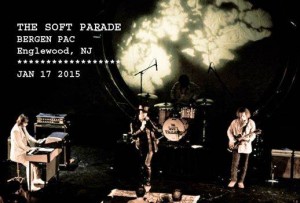 Although, THE SOFT PARADE stays true to the musically audacious spirit of the original, delivering the legendary rock band’s blistering arrangements and monstrous sound note-for-note at what often are sold-out frenzied shows around the world, the four men that make for the four essentially diverse elements of the band bring their own unique energy and passion to the music. Indeed, this may be the thing that serves most to set them apart.

Live, the group takes its lead from what The Doors did in performance, seeking to create an intense experience from the in-the-moment interaction between all the players to both recount and reinvent the musical moment for the audience.

If you missed the Doors…don’t miss THE SOFT PARADE!